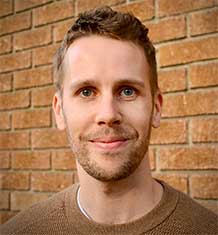 I am a senior lecturer in political science at the University of Exeter and Head of Digital Research at the Autonomy think tank.

My research examines how modern technologies such as artificial intelligence and digital platforms can create public value and serve the common good.

It explores how notions of freedom, power and democracy need to be rethought in a digital age and what we can do to harness the positive potential of new technology. My book Platform Socialism: How to Reclaim our Digital Future from Big Tech proposes a range of innovative ideas for how digital platforms could be governed by their users. I also examine how digital labour is changing across multiple sectors including ride hail, food delivery, domestic work, childcare and microwork. In addition, my work analyses how artificial intelligence can translate into practical benefits for society and not exacerbate existing social and economic inequalities.

Another important strand of my research is on labour movement history, republicanism and socialism. My book Building Power to Change the World: the Political Thought of the German Council Movements (Oxford University Press, 2020) examines the experiences of the German workers' councils.

I offer courses on political theory and a variety of skills for social change such as political communication, public narrative, situation analysis and project planning. I am interested in how people can be empowered through greater skills and knowledge to act collectively and strengthen their communities.

You can also check out my YouTube channel, Political Philosophy

My latest research is on the politics of AI, digital platforms and digital labour. This includes work on the digital co-operative economy and fairer alternatives to platforms such as Uber, Airbnb and Deliveroo.

I am Principal Investigator for the ESRC New Investigators Project: "Platforms without Borders: Examining Migrant Labour on Global On-Demand Labour Platforms," a cross-national ethnographic study by a team of researchers based in the United Kingdom, China and Brazil which aims to determine how on-demand labour platforms distribute new opportunities and vulnerabilities for migrant workers in the platform economy.

Previously I have worked on two other grants: “Platforming Equality: Policy Challenges for the Digital Economy” funded by the ESRC and “Co-Designing a Food Delivery Platform Co-operative” with assistance from Not-Equal, a UKRI funding network.

My previous research has examined political campaigning, social movements and political parties. In particular, I have reconstructed a democratic socialist tradition in the European labour movement. This has included a study of workers’ councils and the political thought of figures such as Rosa Luxemburg, Karl Kautsky, Anton Pannekoek, Karl Korsch and Richard Müller.

I have also analysed the rise of populism and the transformation of political dynamics in European democratic states due to the electoral success of the far right. I am interested in the role of social movements and political parties in articulating demands and struggling for transformative political programs.

I have also worked on synthesising the traditions of community organising and methodologies from the NGO sector for practical training purposes. My current work focuses on the British Labour Party, Momentum and the relationship between social movements and political parties.

In political philosophy, I have worked on German Idealism, in particular G. W. F. Hegel and Immanuel Kant; French post-structuralists such as Michel Foucault and Gilles Deleuze, and Italian post-Marxists such as Maurizio Lazzarato and Antonio Negri. I am also interested in Hannah Arendt, Jacques Rancière and Karl Marx.