The Representative Disconnect: diagnosis and strategies for rectification (REDIRECT)‌

Horizon Programme (and UKRI for the Exeter participation) 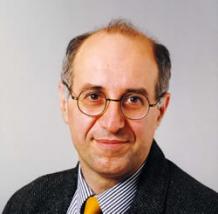 My main areas of research comprise democratic theory and the history of early modern political philosophy.

I am currently the Director of the Centre for Political Thought at the University of Exeter. For six years, between 2009 and 2015, I was one of the Editors of the ECPR Press.

During the Academic Year 2007-08, I was the Gaetano Mosca Chair for the "Dipartimento di Science Politiche" of the University of Turin.  From 2003 to 2005 I was Senior Research Fellow at Center for Democracy and the Third Sector, Georgetown University, Washington DC. And In 2001 I gave one of the Plenary Lectures at the 28th Annual Hume Society Conference, University of Victoria (BC).

My main fields of interest is political and democratic theory and the history of early modern political philosophy.

Main areas of research and interest in political theory comprise:

Democratic theory and the interconnection between state and society, in particular ideas of representation and accountability, civil society and social capital, public and private. I have also worked and published extensively on democracy, citizenship and constitutionalism in Europe, with particular application to the development of the European Union as both a ‘polity’ and a ‘regime’; and the recurrent tension between the national and supranational dimensions of politics in the EU, as well as the communitarian and comspolitan discourses underpinning them.

Currently, my research focus in political theory is around theories of political representation and political legitimacy.

My interest in the history of political thought comprise:

European ideas and the history of political thought, particularly the early modern republican, jurisprudential, and social contract traditions; Hume, Mandeville and the Scottish Enlightenment, the debate about commerce and morality; the historiography of political thought and its methodological implications; philosophical scepticism.

In the past, I have been part of a number of research projects financed by either the ESRC or the European Commission on issues of European democracy, constitutionalism, new governance, and citizenship.

· 2001: EURESCO Conference on ‘Social Capital: Interdisciplinary Perspectives’, sponsored by ESF and EC (plus a £3,000 contribution from the OEOS ESRC Programme): 45,000Euros

Associate Editor of the European Journal of Political Theory

Member of the editorial board of Rivista Italiana di Filosofia Politica; and the online, peer-reviewed journal: InTransizione

The political thought of authors such as David Hume, Bernard Mandeville

Theories of Democracy and civil society

The development of the European Union: constitutional and democratic issues

Currently, I am supervising the following research students:

Roberto Baccarini, The Nature of the EU’s Institutional Structure and its Role in the Response to the Covid-19 Crisis

Students I have ssupervised in the past comprise:

Yutao Zhao, Self-love and the artificiality of Civil Society: Hobbes, Mandeville and Hume

Alexandra Bohme, The Multidimensional Sovereignty of the European Union

Keith Sutherland, Giving Up on the Concept of Representation

·       2007: Member of Evaluation Panel of >node< (New Orientations for Democracy in Europe), a research programme of the Austrian Council for Research and Technology Development (RFT).

·       2012: Chair of the Prize Committee for the best 2011 article published in the journal Contemporary Political Theory

As part of my research activities, I have organized numerous conferences and workshops. This is a list of the main events which I have promoted:

·       Panel on Republicanism and Representation in Contemporary Perspectives, at The Venice World Multidisciplinary Conference on Republics and Republicanism, Venice June 2021

·       Sino-European Workshop, organised in collaboration with the University of Fudan, Exeter May 2018

·       Symposium on Albert Weale, Democratic Justice and the Social Contract (co-organized with Chiara Cordelli), University of Exeter May 2014

·       Conference on Trends in Political Representation in the EU, (co-organised with Sandra Kröger), University of Exeter, May 2012, funded by the Jean Monnet Programme.

·       Co-organiser of the Conference on ‘Democratic Representation’ at the University of British Columbia, Vancouver May 2006

·       Panel on ‘Representation and participation in democratic theory’, at the MPSA Annual Conference, Chicago, April 2005

·       Colloquium on ‘Constitutionalism, democracy and citizenship’ (University of Exeter, November 2000)

·       ‘The Culture of Toleration’, Conference of the Association of Social and Legal Philosophy (University of Exeter, April 2000)

·       ‘The Constitution in Transformation’, Workshop in preparation of the Political Studies Special Issue (UEA, September 1995)

·       ‘Public and Private Spheres in the Eighteenth Century’ (University of Exeter, March 1993)

He studied Philosophy in Palermo, where he graduated with a thesis on Max Weber. His education at the time owes probably more to the intellectual rigor and stimulation of political discussions and political criticism (and to an amazing group of friends) than to University lectures.

During and soon after his undergraduate studies, he worked as a journalist. He did not escape the military service, which in Italy was compulsory until a few years ago.

He came to Britain in the early 1980s to learn English, and is still learning. Thanks to a studentship from the Fondazione Luigi Einaudi (Turin), which was generously renewed for 3 years, he did his postgraduate studies at Sussex, and obtained a D.Phil. with a thesis on David Hume's Political Philosophy. While at Sussex, he discovered the riches of Intellectual History thanks to Donald Winch, John Burrow and Stefan Collini.

He joined the Department of Politics at Exeter in 1989, and was lucky to find the ideal environment in the Exeter political theory group, which has traditionally cultivated both historical and contemporary interests in the study of political thought. During these years, he has greatly enjoyed the friendly environment offered by the Department and the intellectual stimulus of the conversations and the collaboration with present and past colleagues. However, he has not given up his combative spirit, which occasionally drives academic colleagues and some in the administrative staff mad.

During these years, he has carried on working on the history of political and philosophical thought, but has also returned to his earlier interests in contemporary social and political theory. For many years he has been actively involved in the discussion of the constitutional impact of the European integration process, and on the transformation of some of the fundamental categories of our political language in the light of recent postnational developments. He has been involved in numerous European-wide research networks and projects concerned with the normative dimension of European integration, particularly in collaboration with Richard Bellamy (currently at UCL).

For the past 10 years he has shifted his political theory interests to political representation and democratic legitimacy, though fromtime to time he is still working on Hume and early modern political thought.

He has taught or has been visiting scholar in a number of institutions in the USA, Australia, Italy, Germany, Austria, and China