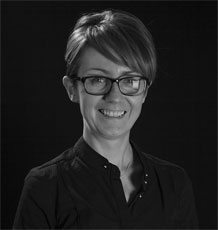 I am a political philosopher working on environmental ethics and climate justice with a particular focus on what we owe to future people in the face of our multiple environmental crises. I am the co-director of RENEW: Renewing Biodiversity Through a People-in-Nature Approach. This five year programme funded by NERC (£10m) brings together academics from all Faculties at Exeter, and dozens of external partners, to research and implement solutions to the UK's biodiversity crisis.

My current research is in environmental ethics, with a particular focus on its intergenerational dimensions. My live projects include work (with Stephen Gardiner) on the ethics, justice and legitimacy of geoengineering; the articulation and defence of a new international crime ('postericide') committed by conduct that puts humanity at risk of extinction; and explorations of important, but overlooked, barriers to biodiversity renewal and action on climate change. My research lies in the domain of normative political theory, and has been clustered around three interconnected themes: liberal justice and justification; the theory and practice of toleration; and environmental ethics.

My books include Liberalism and the Defence of Political Constructivism (2002), Toleration: A Critical Introduction (2006), Climate Change and Future Justice (2011), and the textbook Issues in Political Theory (now in its fourth edition).

My most recent book is Climate Change and Political Theory (Polity 2022).

I have held nineteen research grants from (inter alia) the Leverhulme Trust, AHRC, the British Academy, and NERC.

I am writing a monograph titled Endangering Humanity: An International Crime (MIT Press), as well as working on projects related to the ethics of geoengineering, and new domains of intergenerational injustice, with Steve Gardiner (University of Washington).

I welcome proposals from political theorists, philosophers, and ethicists on topics related to environmental ethics, climate justice, the theory and practice of toleration, liberal political philosophy, and geoengineering.

My present work explores the questions of justice and ethics raised by climate change. It is relentlessly hard to face the realities of the global climate crisis. That said, the other academics and students with whom I engage in thinking about these things are extraordinarily interesting, solidaristic, and cheerful. I think we all keep each other going.

When I am switched off from work I like being silly with my kids, drinking wine with friends, walking my two dogs, riding my horse, and listening to my husband's gorgeous music.