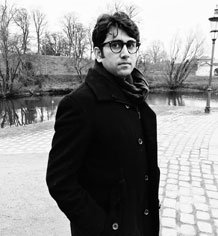 I am a Lecturer in Politics and International Relations. I am particularly interested in three fields: first, the project of decolonising knowledge to bring to light the colonial and postcolonial aspects of global affairs; second, the biopolitical turn in social sciences to understand and elucidate the ways in which governments become adjudicators of the question about life and death of citizens through various regulatory apparatuses that monitor, modify, and control life processes; and third, to understand the empirical implications of such decolonising and biopolitical projects in the global South, primarily around South Asia. These aspects are at the core of my research and teaching in order to analyse the different technologies of power and gain a better understanding of the methods of control, coercion, war, and conflict in different regions.

I received a PhD from the University of Kent for my dissertation titled Bearing Witness: Truth, Violence and Biopolitics of Everyday Lives in Kashmir, which explored the heterogeneities of bearing witness to bring to light the continuum of impunity and the structures of militarisation and acquiescence in Kashmir. My PhD thesis was supervised by Tugba Basaran and examined by Mustapha Pasha and Iain MacKenzie. Select chapters from my PhD thesis have been published as part of a journal special issue and edited volume – my paper titled 'The (local) medical worker: Understanding the act of bearing witness through a reorientation of testis, superstes' has been published by Social Cartographies, while the chapter on the gravedigger of unmarked mass graves in Kashmir is included in an edited volume, The Body of the Governed: Race and Gender in the Era of Biopolitical Governance published by Rowman & Littlefield International in their series on Global Political Economies of Gender and Sexuality.

I am also on the advisory board for Political Anthropological Research on International Social Sciences (PARISS) journal. Previously, I have worked with Amnesty International in India and hold postgraduate degrees from Jawaharlal Nehru University and Jamia Millia Islamia, New Delhi. At University of Exeter, I am also the EDI officer at HaSS, Penryn. From September 2022, I am one of the co-directors of the Exeter South Asia Centre.

My academic background as a Lecturer in Politics and International Relations, my role as the EDI officer at the department, and my personal experience of growing up in one of the most militarised regions of the world, Jammu and Kashmir, during a period of peak militant and police action, have shaped my postcolonial and decolonial research and teaching agenda.


Focusing on the continuum of impunity in Kashmir, as a site of modern-day exceptionalism, my research contests the scholarship on bearing witness by not limiting it to legal or theoretical fragments alone and instead utilises personal narratives of people exposed to everyday violence to engage with that scholarship. It explores the multiplicities of witnesses and the acts of bearing witness through three figures, namely, the mother of the disappeared, the local medical worker and the gravedigger of the unmarked mass graves in Kashmir, to point out the heterogeneities of bearing witness.


The three figures suggest a spectrum of witnessing to a body: its absence, its reduction and its final departure, and at the same time, they bear witness to their own conditions of disposability. In so doing, there is a shift from an individual act to the formation of collective forms of witnessing through a connection with the body, subsequent attachments and practices like public grieving. My work on the practices of public grieving by the parents of disappeared people can be read here.


My work offers an understanding of the restricted space of humanitarianism through the stories of local medical workers as witnesses who testify not only on behalf of those whom they treat but to their own condition as actors in a conflict. My article, The (local) medical worker: understanding the act of bearing witness through a reorientation of testis, superstes, demonstrates that the illusion of ‘neutrality’ of hospitals in conflict zones is very much that: an illusion. The local medical worker is thus not a figure who is outside a camp-based existence but is someone who is very much an inmate. They are frequently viewed by the state as a collaborator of the insurgents and are reduced to their immediate local identity of being Kashmiri Muslims.


Finally, my work attempts to understand the techniques of witnessing by the actors in conflict as forms of truth-telling and as a reflexive relationship through which people respond to their belittlement by the state. My book chapter, A Death-Bound Subject: The Gravedigger of the Unmarked Mass Graves in Kashmir, draws on the work of Abdul R JanMohamed on ‘death-bound subject’ and Ranjana Khanna’s work on ‘disposability’ to unpack the figure of the gravedigger of the unmarked mass grave in Kashmir and how he was forced to enter into a death contract with the state.


‘Introduction to Decolonisation’ project between University of Jadavpur, Kolkata and University of Exeter, UK: I was the Academic Lead on this collaborative digital learning project funded by the British Council. The project created a resource offering ‘Western and South Asian’ perspectives to explain the concept of decolonisation, thereby supporting staff and students in working towards decolonisation of the curriculum, higher education, and society more generally. This online resource is designed to provide a strong foundation of knowledge for learners from all disciplines and geographical, socioeconomic, and demographic backgrounds.


‘Decolonising the Curriculum’ Review:  I was part of the steering group committee of the ‘Decolonising the Curriculum’ project where four students (Asha, Akira, fatuma, and Christian) of African, Carribean, and Asian descent co-authored a pioneering Departmental review in which they examined how the curriculum of the Politics Department could be decolonised and provided detailed recommendations for the institution and the department to deploy strategies for transformational change. I provided guidance to students on the content of the report and contributed to the staff reflections section of the support. In the project, my module ‘Introduction to Postcolonialism’ was considered as one of the model curricula following a decolonial and inclusive approach. My detailed reflection on the importance of foregrounding the category of caste in our teaching for its contiguity and intersections with race, gender, class, and sexuality can be accessed here.


‘Decolonising Social Research’, SWDTP: I was invited to be part of the 'Decolonising Social Research' project, an advanced training programme for doctoral researchers sponsored by the South West Doctoral Training Partnership (SWDTP). The five-part seminars explored theoretical and methodological tools for conducting research that is antiracist and decolonial. It drew on non-dominant and non-dominating ways of knowing, underpinning contemporary research and offered critiques of established western epistemologies, showing how they limit possibilities for research. I co-organised the panels Decolonising Epistemology and Decolonising Methods.

The modules I currently teach at the University of Exeter focus on the colonial, postcolonial, and decolonial dimensions and methodologies of world politics. I offer (or have previously offered) the following modules:

In these courses, I encourage students to examine the historical, cultural, geographical and political foundations of power and violence, and foreground the categories of class, caste, race and gender through a close reading of theoretical concepts, literature, visual material, and field trips.