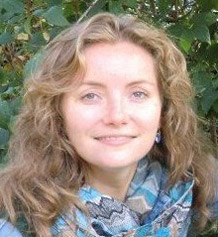 Both my research and teaching revolve around my long-standing interest in political representation in Britain. They stretch from exploring role model effect and symbolic representation of women and ethnic minorities to studying substantive religious representation in the UK Parliament and issues relating to accountability, political attitudes and the effects of political environments.

I have published several collaborative and single-authored papers in this area and have recently a book examining the effects of religion on Euroscepticism in Britain. I am currently working on a study exploring inspirational persons (heroes and role models) of modern Britons and hold a Parliamentary Academic Fellowship examining how to make parliamentary environment more inclusive for disabled people.

I teach modules on parliamentary studies (POL2113) and political representation in the UK (POL3242), as well as Issues in Modern British Politics (POL2114) that reflect my susbstantive research and methodological expertise. I am a Fellow of the Higher Education Academy.

My research interests include political participation and representation of under-represented groups such as women, people with disabilities, ethnic and religious minorities in Britain and other Western democracies, which stretches into several research projects.

I currently hold a Parliamentary Academic Fellowship examining how to make parliamentary working environments more inclusive for disabled politicians and parliamentary staff in colaboration with the Centre of Excellence for Procedural Practice of the UK Parliament. In collaboration with Dr Laszlo Horvath (Birkbeck University London) and Dr Nataliya Danilova (Aberdeen), I am researching symbolic representation and inspirational persons (heroes and role models) of modern Britons. Finally, over the past few years, I have been collaborating with the colleagues from Exeter (part of the ESRC-funded 'Media in Context' project) on research focusing on media effects in British Gnereal Elections, and exploring the effects of religion on Eurosceptic attitudes (with Dr Stuart Fox of Brunel University London) and on social capital in Britain (with colleagues from Cardiff University).

My research has been published in The Journal of Common Market Studies, Sociological Review, Parliamentary Affairs, The Journal of Elections, Public Opinion and Parties among others.

I am keen to supervise students working on political representation, legislative studies and political behaviours (especially religion and ethicity as drivers of political behaviour and attitudes) in Britain and potentially Western democracies. Methodologically, I am most comfortanble with quantitative and mixed methods of analysis, including analysis of survey and text data.

I hold a PhD in Politics from the University of Nottingham, as well as a Candidate of Contemporary World History degree from Tomsk State University (Russia). I am also a Fellow of the Higher Education Academy.