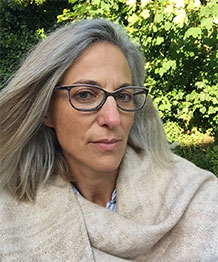 My work centres on contemporary claims about transitions in politics, with a particular interest in tracing the enactments of global politics in seemingly minor contexts: local politics, built environments, aesthetic practices, and personal interactions. I work with a range of transdisciplinary methods, crossing politics, geography, and aesthetics, to understand the forces that stabilize and destabilize modern configurations of politics and international relations. I am drawn to points of perceived insecurity, such as local/global urbanization and settler coloniality/decolonization, and to phenomena often dismissed as cultural or ephemeral, such as fashion, through which people intervene in these seemingly abstract or reified process. I am fascinated by the challenge of trying to study and engage politics in times and places when the core of the term has been brought into question. While my work primarily intersects critical political and international relations theory and critical urban and geopolitics, I avidly work across environmental political theory, postcolonial theory, critical security studies, and political aesthetics.

My teaching is grounded in the belief that to truly excel, students need to be challenged, engaged, and supported, and so my courses combine research-led instruction, community-connected learning, and professional skills development. I have taught across political theory and urban, political, and human geography. In my classes I emphasize students' capacity to connect course material to their lived contexts, working to bring the world into our debates and working wherever possible to take students out into the world, through field trips and other activities. I am well-prepared to supervise postgraduate students in international relations theory, critical political geography, poststructuralist political theory, urban and international political ecology, settler-colonialism and decolonization in the Global North, and everyday politics of security/insecurity.

Much of my research has focused on the boundaries of nature, the city, the subject, and sovereignty, considered as concepts that mobilize claims about the appropriate space and time of politics and that, in their ways, are brought into question by contemporary transitions. My current research develops three interconnected projects at the intersection of critical global politics and urban political geographies, with an emphasis on critical, decolonial, feminist, and place-based work.

Politics and the Urban in Transition

We live, we are told, at a point of radical transition - we are becoming an urban world for the first time in human history. I study global urbanization as a site that intensifies and materializes the boundary insecurities of modern geopolitics and international relations, considering both 'geographic' transitions (rural/urban and nature/culture to global/planetary urbanization) and 'political' transitions (from citizens, states, and the international system to an uncertain urban political condition). Through an innovative reading of aporetic boundaries, I argue that urbanization is a nonlinear dynamic where these geographic and political boundaries are contested, secured, and destabilized.

Having lived and worked in Kelowna, Canada - a settler colonial city in the Southern Interior of British Columbia which is facing rapid urbanization - I have traced how the international politics of colonization are enacted and materialized in urban environments. I continue to investigate the international politics of settler-colonial cities and urban decolonization. Approaching Canada’s 150th anniversary in July 2017, I worked with an Indigenous-led, collaborative project that used alternative urban commemorations to question the celebratory narrative of colonial nationalism. I continue to pursue questions of the reproduction of modern political geographies of place and belonging, and the possibiliti emerging decolonial commemorations offer critical insights into political multiplicity. Elements of this work have been presented at the International Studies Association annual convention (February 2017) and is being developed into a series of papers targeting Citizenship Studies, Political Geography and Review of International Studies.

My new research program investigates emergent politics under global urbanization through the ‘world of fashion.’ This work intervenes in studies of the aesthetic production of International Relations generally and through fashion specifically (see Behnke 2016) by using fashion to highlight the conceptual, spatiotemporal, and political insecurity created by global urbanization. This work is proceeding through upcoming papers at ISA and the European Workshops in International Studies (Cardiff, June 2017), and will lead to a paper submitted to Security Studies. While this project opens practical impacts for managing urban political and socio-spatial restructuring, the primary research output will be a monograph on emergent practices of global urban political geography and political subjectivity.

I am committed to disseminating my research to relevant communities and practitioner networks, and I look continually for opportunities for my research to have impact in non-academic stakeholder communities. Much of this work has taken place in Kelowna, Canada, where I lived and worked from 2007-2017. Most recently, as a concrete intervention into the celebratory colonial narratives of Canada's 150th anniversary (July 1, 2017), I became a core contributor to an Indigenous-led, Okanagan-based collaborative project called Rethink 150: Indigenous Truth. This project used creative interventions in multiple media and multiple locations to make space for Indigenous stories of the truths of colonization, to generate cross-cultural listening and learning, to develop visions of new ways of living together, and to leave a lasting, material legacy that can guide the communities of the Okanagan. Our efforts - encompassing site-specific artistic installations, community discussion events, a cross-cultural art exhibition, and alternative commemorations on July 1 - where profiled in local, provincial, national, and even international media.

I am excited by the possibilities opened up by my relocation to Cornwall. I look forward to learning about my new home and understanding, over time, how my work on landscapes in transition can be put to use here.

I am from the unceded Syilx territory of the Okanagan Valley in British Columbia, Canada. This is a beautiful agricultural region, specializing in tree fruits and world-class wines, and I have been fortunate to live and work on that land and with the people, both Indigenous and settler-Identified, who are trying to build new relations there.

I left the Okanagan to complete my Bachelors in Political Science (Honours) at the University of Victoria. During that period I attended the University of Exeter for a year as an exchange student. After graduation I worked for four years as a fundraiser and grants manager at non-profit agencies in Vancouver, including three years with the David Suzuki Foundation, a leading environmental research and advocacy organization in Canada. I returned to the University of Victoria to undertake my Masters in Political Science (with an additional specialization in Contemporary Social and Political Thought) from 2004-2006 and then entered the Doctoral Program there. Again, I took advantage of the opportunities to travel as part of my studies, this time undertaking a term as a research student with the School of Politics, International Relations, and the Environment (SPIRE) at Keele University. I defended my Doctoral dissertation in January 2016, but spent most of my doctoral program living and working in Kelowna, the largest city in the Okanagan territory.

I had the opportunity to teach urban, human, and political geography with the Community, Culture, and Global Studies unit at the Okanagan Campus of the University of British Columbia, which is located in Kelowna. During this time, I worked to connect my research on global urbanization to the settler colonial history of Kelowna's past and present.

I am so happy to return to the University of Exeter, now as a faculty member. I have relocated to Cornwall with my family, and in breaks from transitioning my teaching and research to this new context, we are exploring all the wonders Cornwall has to offer, from the beaches and paths to the towns and people.