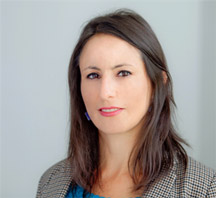 I am a senior lecturer in International Relations at the University of Exeter, which I joined in 2015. My research deals with the international relations of the Global South, subalternity and southern agency, foreign policies of dependent and/or authoritarian states, conflicts (frozen conflicts, contested/unrecognised states) and constructivist IR theory (international socialisation, recognition), with a regional focus on North Africa, as well as EU foreign policy and Euro-Mediterranean relations.

I am currently the programme convener/coordinator of the MA Politics and International Relations of the Middle East and have also acted as the Department of Politics' director of undergraduate studies at Exeter. I am also a fellow of the UK Higher Education Academy and a visiting professor at the College of Europe, Bruges campus.

I was previously a lecturer in Middle East Politics and lecturer in International Relations at Exeter, a research fellow at the European Neighbourhood Policy Chair of the College of Europe, Natolin campus (Warsaw), a Schuman fellow at the Directorate-General for External Policies of the European Parliament (Brussels) and a PhD research fellow at the Complutense University of Madrid. I obtained my PhD in Political Science/International Relations with a thesis on Moroccan foreign policy which led me to conduct fieldwork and stay as a visiting scholar at various centres in Morocco (Centre Jacques Berque, Institut Marocain des Relations Internationales-IMRI) and France (Institut de Recherche sur le Monde Arabe et Musulman-IREMAM).

The projects I have been working on lately deal with the international and transnational politics of recognition in civil wars (Libya, funded by a British Academy/Leverhulme Small Research Grant for 2019-2020) and frozen conflicts (Western Sahara), the diplomatic practices of contested/unrecognised states, the political economy-foreign policy link in contexts of neoliberal subalternity and the migration-foreign policy nexus in migration transit countries in the European neighbourhood.

I am happy to consider PhD supervision on any topic related to my research interests.

I am currently first or second supervisor to the following PhD students:

I have supervised to completion the following PhD theses:

My research has led me to engage with practitioners and policymakers from the European External Action Service (training on the southern dimension of the European Neighbourhood Policy), the UK Foreign and Commonwealth Office (briefing seminars for ambassador designates to some North African countries), non-profit organisations such as Search for Common Ground and CITpax (Task Force on Western Sahara), as well as various think tanks.