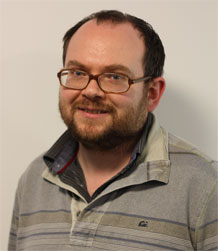 My research and teaching interests are in public policy and administration. I have a particular interest in various types of arm’s length governance and the way that these are, or are not influenced, by the political system. My research has primarily focused on the UK at national and local levels.

Arm’s length agency – explaining patterns of stability and change in the British system of delegated governance.

Public sector contracts – how do political factors influence the way public contracts are let and managed.

I am increasingly interested in applying quantitative and mixed methods to these issues, and trying to model the micro-foundations of public administration and policy.

Previously I have conducted research on: regional public bodies, the reform of political management in local government, the engagement of the public in governance, regulating ethics in governance.

Greasley, S. and John, P (2011) ‘Does Stronger Political Leadership Have a Performance Payoff? Citizen Satisfaction and the Institutional Redesign of Sub-Central Governments in England, 2000-2006.’ Journal of Public Administration Research and Theory, 21 (2). pp. 239-256.

Greasley, Stephen, Goodwin, M, John, P and Richardson, L (2010) ‘Can we make environmental citizens? A randomised control trial of the effects of a school-based intervention on the attitudes and knowledge of young people.’ Environmental Politics, 19 (3). pp. 392-412.