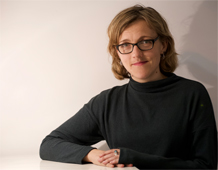 Links to my publications can be found on my Academia page.

I have three main research interests:

* Participatory governance under authoritarianism, with a focus on Russia and China.

This work builds on my PhD thesis and my British Academy postdoctoral fellowship and explores the ways in which citizens are encouraged to particpate in local policy-making and delivery in Russia and China. This research has been published in a variety of articles, and is the subject of my book manuscript. In December 2019, I and my Fudan-based colleague won the Exeter-Fudan Fellowship, which sponsors an academic exchange during 2020 (postponed to 2021 due to COVID-19), allowing us to develop our joint research agenda into participatory governance in Shanghai.

Here I build on my work as research fellow on an ESRC-funded project led by Prof John Heathershaw, entitled Rising Power and Conflict Management in Central Asia (2012-2016). I have subsequently developed an on-going research interest in the development of China's Belt and Road Initiiatve (BRI) in Eurasia, which I have explored in a number of policy briefings and co-authored journal articles.

* Decolonial and non-Western approaches to knowledge production in International Relations

I was drawn to this topic during my participation in the Postgraduate Certificate of Academic Practice (PCAP), and it has resulted in one peer-reviewed journal article and an on-going research project with Dr Beverley Loke in which we explore the  ways in which the Global IR agenda is being engaged with in IR departments around the world, the first outputs of which are published in the European Journal of International Relations.

I am glad to supervise projects relating to any of the following themes:

Please contact me by e-mail to discuss your ideas.

I have also acted as grant proposal reviewer for the German Foundation for Peace Research and book manuscript reviewer for Palgrave MacMillan, Oxford University Press and Routledge.

I am Research Associate at UK based think tank, the Foreign Policy Centre.

In August 2022, I taught an intensive two-week course entitled 'Understanding and Researching the Emergence of Managed Civil Society in Eurasia' at the German-Kazakh University's annual summer university in Almaty, Kazakhstan, funded by the German Academic Exchange Service.

Following my Bachelors at Durham University in Modern European Languages (French and German), I spent time in Berlin working as a translator, journalist and historical guide, and in St Petersburg working as an English teacher and volunteer with the Russian human rights organisation, Memorial. These experiences forged in me a deep interest in the politics and lived experiences of post-communism.

I returned to academia to undertake, first, an MA in International Relations and then a PhD, both at the University of Exeter, the latter which was awarded in 2015. The thesis examined Russian state discourses and social practices of civic participation in local governance during the Putin era.

Upon completion of my PhD, I moved to Xi'an, China, and spent two years working as Lecturer in Central Asian Studies in the Department of History and Civilization, Shaanxi Normal University, where I remain affiliated as a Visiting Professor.

I have held Visiting Fellowships at the European University at St Petersburg (2012), Fudan Development Institute, Shanghai (2017), the St Petersburg branch of the Russian Academy of National Economy and Public Administration (2018), and the Aleksanteri Institute, University of Helsinki (2019).

In January 2020, I became a Fellow of the Higher Education Academy (FHEA).

When not at the university, I can probably be found on my bicycle somewhere along the back lanes of Devon and Cornwall.