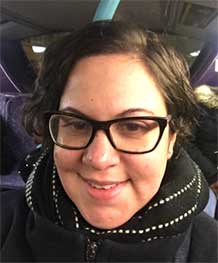 I work in the fields of Gender and Sexuality Studies and Middle East politics.

I am an interdisciplinary researcher whose work bridges the gap between political analysis and anthropological writing. Feminist theory, affect studies and queer theory are some of my favourite areas of study.

Methodologically, I privilege empirically grounded analysis, including ethnographic work, story-telling and life histories, in order to prioritize the lived reality, alongside discourse analysis. While being primarily situated within feminist and queer studies, my work engages with feminist approaches to violence, conflict, migration, and social mobility. I am invested in uncovering the links between invisible and more palpable types of violence by drawing on postcolonial feminist perspectives on knowledge production. I am particularly interested in the racialized, sexed and gendered logics that construe international relations both as discipline and practice.

I am dedicated to producing decolonized knowledge – a belief that I hold dearly and thrive to implement in my teaching.

Drawing upon the work of social scientists, legal scholars, artists, students and activists, the fund works towards exploring the theoretical and material overlaps in relation to gender and sexuality in South Asia and the Middle East (the latter being my area of expertise). The project is undertaken with Dr Sruthi Muraleedharan from Shiv Nadar University.

I sit on the advisory board of the NERC (Natural Environment Research Council) funded project Making Environmental Science Equal, Diverse, and Inclusive (Principal Investigator Prof Lora Fleming, European Centre for Environment and Human Health). The goal of the project is to begin to change the culture, research and training in Environment and Human Health at the ECEHH and broader research community towards increasing awareness of an intersectional perspective, improving diversity and inclusion, and addressing racism and coloniality within the discipline of Environmental Sciences.

Queer Feminisms from the SWANA

I have co-edited the Special Issue on Queer Feminisms (from the SWANA) with Ghiwa Sayegh. The Special Issue seriously displaces the US as the ultimate referant in Queer Theory.

The special issue can be accessed via the open-access and peer-refereed journal Kohl: a Journal for Body and Gender Research here. The special issue was launched on 25 February and had Sara Ahmed as its main discussant. Link to the launch can be found here.

I am happy to supervise research students working on:

I am involved in co-supervising the following current PhD research projects:

I am currently working on a project that seeks to decolonize the concept of singledom. I conceptualize hetero-pessimism as decolonial knowledge to rethink cis/hetero singledom as a space of futurity and disruptive desire, and to challenge Eurocentric reductions of asexuality to identity questions. Celibacy and abstinence are often evoked to differentiate them from asexuality in western asexuality rhetoric. Hetero-pessimism is understood as radical desire that challenges conventional bio-political (read cis/hetero/reproductive) normalization of women’s desire.

I was awarded my MA degree and PhD in Gender Studies from SOAS University of London in 2018. I worked at SOAS as a Senior Teaching Fellow from 2017-2019. I joined Exeter University in September 2019 as Lecturer in Middle East Politics.