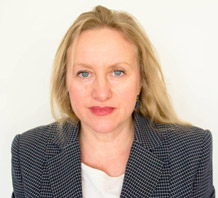 The research examines the impact of globalisation and (de)regulatory competition on audiovisual regulation. It focuses on public service broadcasting and other elements of the  'cultural policy toolkit' (eg programme subsidies and quotas) in five countries: Canada, France, Germany, UK and USA.

This project builds on earlier research on media ownership regulation in the UK and Germany (ESRC project L126251009, 1996-1999), which found that media concentration was increasing and internationalisation and convergence of electronic communication markets was reducing the scope for countervailing national regulation. Media policy conducted increasingly along the lines of trade and industry policy, and competition between regulatory jurisdictions keen to promote media companies and attract investment, was encouraging a deregulatory 'race to the bottom'.

This project broadens the range of countries, to include a driver of deregulation, the USA, and two countries with traditions of cultural protectionism, Canada and France. It examines a broader range of regulatory policies - as well as ownership rules - intended to promote diversity in the media.