Co-Producing Political Philosophy and Social Theory With Grassroots Constituencies: Towards Emergence And Transformation 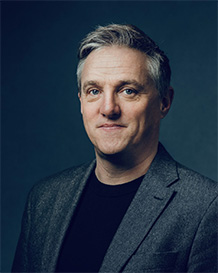 ‘Co-production’ is research with, rather than about research subjects, encouraging participants to negotiate everything from research questions to budget lines, to outputs. It has become more popular in the context of the HE ‘impact agenda’ and user engagement with research findings, and resonates with post-positivist challenges to objectivity and value neutrality in social science research. Ironically, coproduction has not, however, made inroads in political science and political philosophy. Conventionally understood, coproduction produces tensions between the political needs of end service users, usually government, and the integrity and autonomy of researchers. Conversely, while, political philosophers once held the image of the citizen philosophers in high esteem, we no longer have the methods to cultivate them. By breaking down barriers between expertise and community knowledge production has the potential to transform how those working with counter-hegemonic groups and social justice movements realise impact, reconnecting theorists and philosophers with communities, generating new opportunities for emergent becoming, and providing an alternative to the policy bias in the impact agenda.

While the participatory and collaborative nature of co-production suggests radical emancipatory potential, there are no doubt concerns and these need mapping in this new context. This five day research workshop will gather together an interdisciplinary group of eight scholars to explore the ethical and methodological problems associated with deploying co-production in political science broadly conceived. It will bring together theorists and philosophers from geography, management studies, politics and International Relations (see appendix a). Each participant has an excellent record of innovative co-produced research and we will pool our collective insights into two academic journal articles. One that explores the ethics of co-production, the second the methods of co-production for political and social theory.

The Research Idea: The innovative thesis of the project:

How to engage publics in the co-production of meaningful political and social philosophy is the key challenge in an age of elitism and populist authoritarianism. Co-production has emerged as a rich but under-utilised method for critical scholars working at the interface of politics and philosophy. The aim of this project will be to provide a normative framework and a practical set of methods for those wishing to use co-production as a method for political and philosophical research, that is for research whose primary outputs are likely to be theoretical.

Finally, co-production can be participatory or not, relying more or less on the power of expertise. There is no a priori way of determining the virtues of any one point on any of the three axes. But we must theorise the tensions and opportunities in order to clarify these practices for future research.

The concept of co-production has a long history and plural meanings, deployed in different academic contexts. While anthropologists and ethnographers lay claim to co-production through Participant Action Research, co-production in the areas of social policy have a rich pedigree too. Coproduction is a complex of methods and approaches, which at their heart prioritise doing research ‘with’, rather than ‘about’ the subjects of research (Facer and Enright 2016). The state of the art in co-production tends to prioritise the participation of service users in public service design (Verschuere, Brandsen and Pestoff 2012). Attempts have also been made to theorise co-production from the perspective of radical philosophy (Durie and Wyatt 2013), where insights from complexity theory suggest less linear processes of design and implementation might be fruitful. More needs to be done to understand how co-production can itself generate theory about coproduction, and in particular how we can co-produce active and engaged citizen philosophers. This raises ethical questions (Brydon-Miller 2008) as well as methodological ones (see for example Coles 2016). But centrally, this project is concerned with developing a political philosophy of co-production.

Between us, the participants in this workshop have amassed many years of experience working in this domain, and will bring their own repertoire of concepts and practices to this analysis. Our aim will be to develop a much needed, non-reductive heuristic (appendix c) for conceptualising the ethics and methods of co-production at the interface of politics and philosophy.

The Focus: How the research provides a fresh approach to real-life problems:

The REF and TEF and the ‘impact agenda’ raise important questions about the instrumentalisation of knowledge and the normative and political limits of collaborations with non-academic partners. How communities and academics ought to interact is a normative question without a clear answer, less still is it clear how those relationships might produce mutually emancipatory outcomes. Providing this theoretical framework for thinking about co-production will shed new light on the normative implications of co-production, and demonstrate the value of bringing community engagement to the academic discipline of political theory and philosophy. The workshop will also provide an opportunity for participants to reflect critically on their own research practices and normative assumptions and use that critical reflection to inform ongoing debates in political science and philosophy. In the context of impact and user-facing research this is vital work in uncharted territory.

Theoretical novelty: What conceptual innovation the research is aiming at:

It is rare that social and political philosophy develops out of engagement with user communities. While there is some attempt to do this in political theory (Coles 2017), and attempts have been made to bring high theory to public policy (Durie and Wyatt 2013), there has been little effort to theorise a way to develop a political philosophy from below (exceptions include Gordon 2006). This project will bring theoretical and methodological novelty to this area, not only setting out how, but also why coproducing at the interface of politics and philosophy is such a vital task today.

Our aim will be to show that concrete practices of co-production should be understood as a heterogeneous assemblage, one that is brought together at a particular moment through the pulls of opposing logics or ‘gravities’. These gravities range from the instrumental requirements of the participants, to their political commitments, from the resources available to the nature of the communities involved. Co-production must be theorised within lived practises and promoted with an eye to these competing tensions. We defend an account of co-production that is emergent and transformative, a process of knowledge production that opens up the possibility of personal and collective transformation through the research process. This is not always possible, but our research will map precisely when it is. This research will have considerable practical and intellectual benefits for researchers in the disciplines of politics and IR. It will help develop links between traditions of activism, militant research and formal academia, developing forms of collaboration and participant subjectivities within, between and beyond universities, activism and community.

Methodology: How different disciplinary inputs will interact in empirical inquiry:

We will draw together innovative philosophical and practical insights from our own research. Participants have worked with radical left activists (Gordon, Rossdale, Coleman), to liaising with hard to reach communities for the police force (Durie).

Innovative methods from our own research (Gradin 2017; Rossdale 2013)

Our methodology is collaborative, participatory and emancipatory. Our method is to co-author a paper in five days. Collaborative writing is not common in the social sciences with academics incentivised primarily to work alone or in pairs. Collaborative writing with 4 or more people, where no lead writer is identified, is not suitable as an output to the Research Excellence Framework, disincentivising. We will counter that trend by combining our varied expertise into a single co-authored paper. Our first attempt at this was a two day planning workshop at the University of Exeter in December 2016. Should we secure this funding, this will make coordinating the writing of this paper far simpler. It became clear that we were writing two papers, one on the ethics of coproduction, the second on the methods of transformative co-production. We need time to finalise both, collectively.

Work Plan: How the work will be organised over the award period and what outputs are intended:

The workshop will be planned carefully to enable different styles of writing to emerge and coalesce. The papers have been divided into sections with each section assigned between one and three authors. A full list of participants can be found in appendix 1.

Day 1. The workshop opens with a research café, in which three sets of themed sessions, in which the participants share their research experiences of co-production.

Day 2. On day 2, participants would spend the day reading and revising the existing materials. The afternoon of day one would be a feedback session to develop the structure and flow of the paper.

Day 3. On the first writing day, participants would break out into their respective teams, each taking on different sections of the two papers. The day would end with report back and evaluation, with clear agenda set for the second writing day.

Day 5. The workshop would end with a full day of collectively editing both papers.

We aim to produce two co-authored journal articles for submission to discipline leading journals in political science or social theory, either Theory and Event or Political Studies or both. Our aim is to use the workshop to establish a durable research network that can support coproduction in radical politics more broadly in the UK and elsewhere.