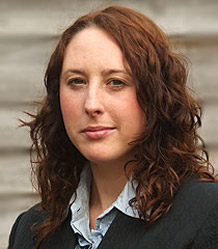 The UK Government intends to create 100 new cadet units in state-funded schools by 2015 in the belief that their 'military ethos' will foster self-discipline, teamwork, punctuality, self-confidence and a greater sense of community among young people. Though paramilitary training and socialisation may be valued by cadets, it has also been shown that such training and socialisation can bring about harm to individuals and communities. Furthermore, non-military youth groups also claim to successfully promote cooperation and social responsibility but it is cadet forces and their ‘military ethos’ that are attracting the largest-scale Government support. This project therefore questions, a) why cadet forces have been prioritised, b) whether their military ethos does promote social cohesion, and c) whether equivalent non-military schemes could be equally or more beneficial. It does so through a detailed fieldwork study of the experiences of those involved in cadet and non-paramilitary youth work. Focusing on cadet units and non-military groups in the same regions, the project will consider these questions and assess the wider implications for society of providing enhanced political and economic support for military ways of promoting social cohesion.