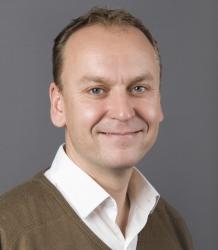 This project explores the character, causes and consequences of ecosystem change in the UK and their implications for policy development through a dialogue between the general public, policy makers and ecosystems researchers.  Four thematic areas will shape the dialogue process:

1. public views on the value of NEA concepts for explaining environmental change;

2. influence of NEA science on public understandings of environmental change;

3. public assessment of the adequacy of NEA recommendations for policy makers;

4. public priorities for taking aspects of NEA science forward in policy and decision-making.

Between March and June 2014, a total of nine Citizens Panels will be held in Exeter, Birmingham and Glasgow involving 120 members of the public.  The outcomes of these Panels will inform a final National Citizens Panel to be held in London during Autumn 2014 bringing a selection of participants from the three local panels together with NEA scientists and government ministers to draw out common themes and then explore these findings in the context of broader national level policy development.

By the end of the process, decision makers will be better placed to understand: