Water Scarcity and Human Security in the Brahmaputra River Basin: An Analysis of Inter-State Conflict and Cooperation in China, India and Bangladesh 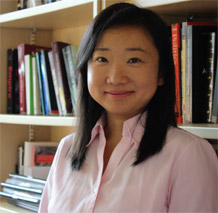 Dr Lei Xie will be leading a team of Chinese scholars in her role as principle investigator.  Dr Xie has been granted $24,860.00 from The National Geographic Air and Water Conservation Fund, a grant program that supports the field research of Chinese scientists who are exploring innovative solutions to water and air quality issues.

The project is entitled Water Scarcity and Human Security in the Brahmaputra River Basin: An Analysis of Inter-State Conflict and Cooperation in China, India and Bangladesh.   China is challenged by unconventional security sources, among which water is most evident.  Water crisis is exacerbating in China in the context of rapid industrialisation and urbanisation, pollution and the unpredictable effects of climate change on water systems.  Transboundary rivers have the potential to become sites of conflict or cooperation, and the Brahmaputra River basin, which originates in Tibet and flows through parts of India and Bangladesh, is a prime example of a site where concerns over water scarcity, human security, national interests and inter-state conflict and cooperation converge.

This project attempts to examine the extent of a series crisis that China is exposed to in the human security dilemmas of water scarcity for Chinese citizens and those living beyond its territorially defined borders. Each of these interconnected issues challenges China’s responding to unconventional security threat that may have significant impact to China’s national security and those of the nations cross borders.

This cutting-edge project aims to provide insights and policy recommendations to Chinese government’s responding to uncertainties posed by closely interrelated issues of potential conflicts. Among the outcomes of the project, an international workshop will be organised at Streatham campus. And one documentary film will be conducted on potential conflicts and cooperation in the governance of the Brahmaputra River basin.