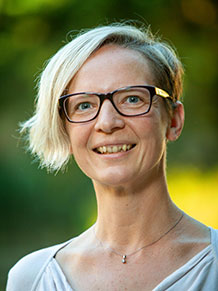 I am interested in topics to do with democracy in the EU and with European integration. Earlier research focused on the Open Method of Coordination (OMC) in the field of social inclusion, and other forms of soft law. More recently, I have Iooked at electoral and non-electoral forms of political representation, on the one hand, and the norms that should be underlying the institutional design of representative institutions in the EU, on the other. Most recently, I have become interested in differentiated integration on the one hand and lying in politics on the other, and I am also developing a research interest in smartphones and digital democracy.

In my teaching, which I greatly enjoy, I seek to involve students as much as possible as active agents of their learning, so as to develop critical, independent thinking as well as group and expression skills. This leads me to rely a lot on group discussions, role plays - both smaller ones and in the form of simulations - as well small research exercises in the class room. I was truly honoured, in 2016, to be the runner-up for the category 'Innovative teaching' in the UoE Teaching Awards.

In 2021, I have become the Director of the Centre for European Studies.

I organise an interdisciplinary reading group on Democracy in Europe. Get in touch with me in case you'd like to be involved!

I have been involved in a number of projects on soft law in the EU, bei it the Open Method of Coordination or corporate social resonsibility. More recent projects were concerned with political representation in the EU, in both electoral and non-electoral forms. Of late, I have become more interested in the issues of differentiated integration in the EU on the one hand, and lying in politics on the other.At present, I am involved in two Horizon2020 projects on differentiated integration. In the first (http://indiveu.eui.eu/), which runs from 2019-2021, colleagues and I are interested in how DI can be institutionally designed in a fair way. The second, which runs from 2020-2022, will be more concerned with collecting the insights of the first project and disseminating them. I am currently developing a new research interest which is linked to digital democracy.

Any proposals of dissertations that focus on the above listed topics are highly welcome.

I hold degrees in social science (Humboldt-University Berlin, Paris VIII) and Interdisciplinary France studies (University Freiburg). I did my PhD as part of the graduate programme ‘The Future of the European Social Model’ (supervisors: Prof. Ilona Ostner and Prof. Claus Offe). The dissertation, which I defended in 2008, addressed the Open Method of Coordination in the field of social inclusion and its implementation in France, Germany, and at the EU-level.

Between 2006-2008, I have lectured at the Georg-August University Göttingen and the Humboldt University Berlin in the fields of European social policy governance, poverty in the EU and European integration theory. From 2008-2011, and after five months at the Institute for European Integration Research in Vienna, I was a lecturer at the Jean Monnet Centre for European Studies,University of Bremen. From October 2013-April 2014, I was a fellow at the Hanse Wissenschaftskolleg (Delmenhorst), and from September 2018-August 2019 I was a Robert Schuman Fellow at the European University Institute in Florence. In 2021, I became the Director of the Centre for European Governance.

Away from academic life, I enjoy going to concerts, both classic and folk, rock and some pop; reading fiction and discussing some of it in my book club, including graphic novels; seeing football matches (particularly when my team Werder Bremen wins which sadly does not happen often enough), swimming; traveling to warmer places and in particular Livorno; and being around my husband, (previously my late cat), and my friends.