Islam, Secularism, and Security in Central Asia and Beyond

International responses to violence in the South of Kyrgyzstan, June 2010

Ethnic Conflict and the Kazakhstani Press: the case of Malovodnoe Introduction 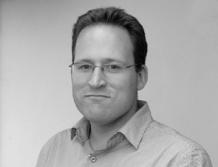 My research addresses conflict, security and development in global politics, especially in post-Soviet Central Asia.  Increasingly my work has led me to expand geographically to othe regions and intellectually into other disciplines. I am particularly interested in the transnational discourses and practices and the theological contexts of international relations.

I founded the Exeter Central Asian Studies (ExCAS) research network in 2010 and directed its Central Asian Political Exiles (CAPE) project 2015-2020. My current research project considers the global dimensions of money laundering and 'reputation laundering' by African and Eurasian elites and how these are enabled by overseas professionals, especially in the UK.

I was elected to the board of directors of the Central Eurasian Studies Society for the period 2011-2014, serving as chair of its book prize committee in 2012-14 and its Taskforce on Risk and Safety in Fieldwork, 2015-16.  From 2017-2019, I served as Vice-President of the European Society for Central Asian Studies and chaired its biennial conference at the University of Exeter in June 2019. I am a founding member of the Academic Freedom and Internationalisation Working Group which undertakes research and has drafted a model code of conduct for UK universities.

In 2021/22, I will be senior fellow of the British Academy / Leverhulme Trust under the Saki Ruth Dockrill Fewlloship in Contemporary History and International History.

Links to pre- and post-print versions of my other publications can be found on my Academia.Edu homepage.

My full CV with details of all my funders, employments and interests can be found here.

My research addresses security in authoritarian but globalised political environments, especially with regard post-Soviet Central Asia and its connections to the West.  My focus is on how new transnational spaces are created and how these spatialising processes are reshaping global politics. I consider how formal public and private institutions, including sovereign states, become subject to capture by cross-border elite networks and contestation over international norms including challenges to liberal norms from non-liberal actors. Rather than frame this as the decline of the Liberal International Order, I understand this research as a re-examination of the nature of international order. Such order has never been predominantly rules-based, as liberals claim, nor dominated by security-seeking states, as realists contend.  The everyday life of international security is shaped by networks of elites which capture states and establish new norms and patterns of practices.

The guiding question behind this work for over two decades has been: How is international security shaped by the political, economic, and cultural forces of globalization since 1989?  Around this guiding question there are three major sub-themes of my work including: 1) armed conflict, peacebuilding, and security; 2) corruption, kleptocracy, and international relations; 3) the politics of religion and the place of theology in theories of security.

First, in an influential book (2009), major ESRC project (2012-16) and much-cited 2018 journal article my work has shown how the “liberal peace” has been overcome by illiberal practices and increasingly new norms of authoritarian conflict management. I received Open Society Foundations (2017-19) and ESRC (2019) funding for the Central Asian Political Exiles project which produced a database of the extraterritorial security mechanisms used against exiles. Our research was cited as evidence informing a draft law on transnational repression before the US congress.

Second, in a ground-breaking book on Central Asia (2017), a major FCDO-funded anti-corruption evidence project (2019-2021) and British Academic senior fellowship (2021-2022), my work has generated a vast quantity of new data derived from financial and legal documents and a novel conceptualisation of “transnational kleptocracy”.  This idea captures how state capture and clientelism are never purely national phenomenon and typically involve offshore shell companies and Western legal and financial enablers. In special issues of Third World Quarterly (2019) and the Journal of International Relations and Development (2023) we show how these transnational processes shape all world regions and great powers like Russia and China. Our co-authored paper for Chatham House, The UK’s Kleptocracy Problem (2021), was featured in a Guardian editorial and led to invited briefings to parliament and government.

Third, I work on religion and security.  I have studied this with respect to both political Islam and secular authoritarianism, particularly in the post-Soviet space and especially in 2014 Chatham House paper, The Myth of Post-Soviet Muslim Radicalization. Most recently, I have begun to spend more time on Christendom and Christian nationalism and begun to explore the theology of a new Christian realism in international relations.  Having received small amounts of funding from the British Council (2014-15) and the Mennonite Trust (2021-2027), I have recently completed the draft manuscript of a fourth book, Security after Christendom, to be published by Wipf & Stock in 2023.

Access to the texts of my publications in each of these areas can be found here.

I supervise postgraduate research on various aspects of the the politics of armed conflict and related areas of international politial economy, peace and conflict studies, security studies and state formation. I am particularly interested in supervising research on the politics and international relations of the post-Soviet Central Asian republics.

I have supervised or co-supervised 17 PhD students to completion and examined over 20 students at Exeter and elsewhere including LSE, SOAS, KCL, UCL, St Andrews, Manchester, Birmingham, Ottawa, Bremen, Maastricht and Humboldt. Please look at the list of my current and previous students to get some idea of the range of research I have supoervised.

Prospective PhD students should contact me in advance of application to see whether I am an appropriate supervsior and to gain advice on constructing the proposal.

Exeter undergraduate and taught postgraduate students who would like me to supervise their dissertation may come and see me in office hours prior to submitting their research idea.

Zhanat Myrzabekov (2021-), “The political economy of Kazakhstan in the context of Belt Road Initiative”

Oliver Hayakawa, "The Quandary of 'Made in China': Economic Survival in the Safe Zone Palestine's Import Trade from China since 1994", 2020 (ESRC studentship)

Janyl Moldalieva,"Towards an Understanding of Good Resource Governance: Transparency and Accountability in the Mining and Energy Sectors of the Kyrgyz Republic", 2020 (as external supervsior to UNU-MERIT)

Saipira Furtstenburg, "Applying the global governance agenda in post-Soivet states: the case of EITI in Kazkahstan and Kyrgyzstan", 2017 (as external supervisor to the University of Bremen)

Edward Lemon, "Governing Islam and Security in Tajikistan and Beyond", 2016 (ESRC studentship)

Lucy Morgan Edwards, "Western Support to Warlords in Afghanistan from 2001 - 2014 and its Effect on Political Legitimacy", 2015

Tatevik Mnatsakanyan. "Contesting Security and the Binding Effect in the US and the UK Discourse and Policy of “War on Terror”: A Theoretical and Empirical Exploration through a Dialogical-Relational Framework", 2015

Khalil Osman, "The Hissing Sectarian Snake: Sectarianism and the Making of State and Nation in Modern Iraq", 2013, as second supervisor

I seek to reach as wide an audience as possible with my research and actively engage in international conversations about policy and practice.  My purpose is to convey complex ideas in an accessible and concise manner, both to the public and policy-makers.  I often work with journalists and activists both as an expert commentator and as a partner with them in shared research.

I have written short commentaries, op-eds and blogposts for Open Democracy, the FT, the BBC, The Conversation and Ekklesia among others.  I have co-authored policy papers for Chatham House, the Open Society Foundation, National Endowment for Democracy, Freedom House, Foreign Policy Centre and several other civil society organizations.  I have given evidence to or been cited publically by the following: the UK government, the House of Commons foreign affairs and treasury select committees, the US Congress, the European Union, the Organization for Security and Cooperation in Europe, and the International Organization for Migration.

Much of this public engagement work is highlighted on the website of the Exeter Central Asian Studies (ExCAS) research network which I founded in 2010 and have convened ever since.  In 2015, ExCAS launched the Central Asian Political Exiles (CAPE) project which charts the transnational repression, from threats to family members at home to assassination while overseas, faced by former regime members, opposition part leaders, religious figures and even human rights activists as they have been forced to seek refuge overseas.

Please contact me by email, phone or through the Exeter press office if you would like me to write for your publication or provide comment for an article or programme.

I was born in Doncaster, South Yorkshire, in 1976 and raised in Retford, just across the border in Nottinghamshire. I was educated at what Tony Blair would later call a 'bog standard' comprehensive school.  Although the school was subsequently assessed as failing and closed down by the authorities, I enjoyed most of my years there and became fascinated by history and politics at a time when the region was suffering from unemployment and social disolocation following the miners strike and subsequent pit closures of the 1980s and 1990s.  After graduating with my first degree in 1997, I followed the logic of decades of UK government policy and contributed to the 'brain drain' of the north by migrating to southern England.  I subsequently became an immigrant to The Gambia, Kyrgyzstan, Tajikistan and the United States - often benefitting from generous hospitality from the citizens of those countries.  I returned to the UK in 2007 and have been increasingly concerned by the debasement of public discourse, the decline of British internationalism, the diminshiment of public services at home, and the continued failure of successive Westminster governments to re-articulate the purpose of politics: sustaining and expanding the common good.

My professional biography is interwoven with the personal one expounded above. In the late-1990s and early-2000s, I worked in the policy-making and practice of development, security and post-conflict interventions. After being as a volunteer on a UNHCR programme in West Africa, and a researcher at a conflict prevention NGO in London, I became a research analyst at the UK’s Ministry of Defence. I have also held research and consultancy positions at the Department for International Development and with various non-governmental organisations in Central Asia and offer advice to members of parliament, senior diplomats and government officials working on the region. From 2001-2005, I spent a total of three years living and working in Kyrgyzstan and Tajikistan and have returned for extended visits on seeveral occasions since that time.

I subsequently returned to academia and completed my PhD at the Department of International Relations at the London School of Economics and Political Science in 2007. I also have degrees from Aberystwyth and Hull, and have previously held teaching and research posts at the LSE, the American University in Central Asia, and King’s College, London. Before coming to Exeter I was a Visiting Faculty Fellow at the Kroc Institute for International Peace Studies of the University of Notre Dame. I have also studied Theology and Religious Studies at Notre Dame, London School of Theology, and Bristol Baptist College.  I have studied Central Asian languages in Kyrgyzstan and Tajikistan. In 2021, I began second PhD at Bristol Baptist College to undertake reseach in international poltiical theology.

As a practising Christian, I am involved with and support a number of faith-based peace movements and development organisations; I am committed to understanding and taking part in the world from a perspective centred on the person of Jesus Christ.  I have written and spoken on the role of religion in public life and have taken part in inter-faith dialogues between various Muslim and Christian traditions in Central Asia and Eastern Europe.

I am married with two children and live in the city of Exeter. I now split my football loyalties between Nottingham Forest, Exeter City and, in its American and deviant form, Notre Dame. I like to swim off the cost of the south-west of England and cycle and hike through the hills, valleys and moors of Devon.