Mining The Chans: Exposing The Visual And Linguistic Dynamics Of Radicalisation In Far-Right Image-Boards (MineChans) 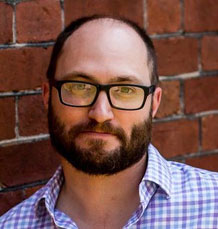 Dr. Travis G. Coan is an Associate Professor in Computational Social Science at the University of Exeter. He is co-director of the Exeter Q-Step Centre and is a member of the Centre for Elections, Media, and Participation (CEMaP). While Dr. Coan has published on a wide-range of topics, his core research examines questions in the areas of environmental and political communication. Travis' methodological interests include Bayesian statistics, natural language processing, and computer vision. His work has appeared in the American Political Science Review, Climatic Change, Global Environmental Change, Electoral Studies, International Studies Quarterly, and Social Networks, among others.

Travis supervises students in the areas of political and climate change communication. He is particularly interested in supervising projects that employ natural language processing and other computational methods to measure and explain key environmental and political challenges.