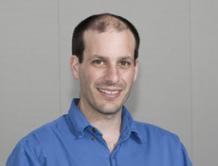 A consortium of researchers based at the Universities of Bradford (Jenny Fairbrass), East Anglia, and Exeter (Duncan Russel) have received funding from the ESRC for a prestigious, international seminar series focused on the 'Green Economy'. The funding will support a series of four seminars that will bring together academics, public policy-makers, businesses, and civil society organisations concerned with issues surrounding the 'Green Economy'.
Seminar 1, planned for March/April 2013 will focus on the integration of environmental objectives into government fiscal cycles; a practice known as green budgeting. Seminar 2, in June/July 2013 is going to be held in Bradford and will examine the 'green collar economy'. Seminar 3 is planned for the autumn of 2013 and will address an equally important sustainability issue, namely green equity and poverty reduction. A final seminar towards the end of 2013 will be held to draw together key findings, themes and recommendations as part of the dissemination strategy.