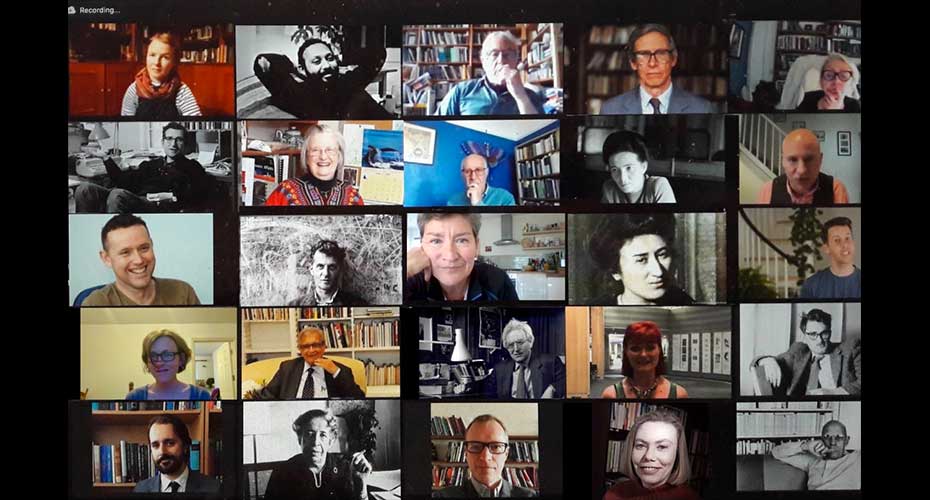 Conversations with authors and texts across time and space

The Reading Group in Political Theory is a term-time weekly meeting of the staff and postgraduate students (both research and taught) working in political theory, also open to colleagues and students from other areas in politics, and from any other discipline. It often welcomes the participation of speakers from other Universities.

The Reading Group started as an experiment in conversation between colleagues in the political theory cluster with very different interests and approaches to the subject. Even when disagreeing profoundly and not fully understanding each other, we carry on enjoying these conversations.

Over the years, the Reading Group has become the focus of our research culture, an opportunity to exchange ideas and look at political and theoretical issues from many different perspectives. Thanks to the participation of colleagues and speakers from a variety of disciplines besides politics (philosophy, law, classics, economics, history, business, English, theology, geography, the arts), the Reading Group provides an invaluable opportunity for interdisciplinary explorations and dialogue.

The format of the Reading Group varies from week to week. The standard format is for one member of the group or an external speaker to briefly introduce a pre-circulated text, followed by a (more or less heated and controversial) discussion on any issue that seems relevant to the text itself. Often, however, we have internal or external speakers (academics and postgraduates) presenting their own papers. The format of this meetings following the same format: pre-circulated papers, a brief introduction, and an open and wide-ranging discussion. Occasionally, the Reading Group takes the form of a workshop with more than one speaker, or a symposium about a published book.

The Reading Group gives an opportunity to research students at Exeter to present their own work or to discuss texts in which they are interested. It helps them to discover new texts and a variety of ways of looking at familiar subjects. It is a way of socializing postgraduates into the discipline by exposing them to different texts and detailed discussions about them. Master students in political theory are required do a presentation at the Reading Group as part of their degree. This may be intimidating for some, but they all find it an interesting and formative experience. And even the senior staff finds it still a stimulating and refreshing experience.

Meetings are on Wednesday, at the usual time of 12.45-2pm, in Amory B105 (and on Zoom), unless otherwise indicated in the programme. A few meetings may be online only. We shall confirm arrangements week by week.

2 February – Douglas Thompson (South Caroline), Up from “the Strangling Hands of Oligarchy”: Du Bois on Bureaucratic Representation and Democratization in America

9 February – Oliver Roberts-Garratt (Exeter, Politics), “In the Absence of Conclusion, the Conclusion is Absence: Early Foucault and the Temporality of Crisis”

9 March (12.45-2.30pm) – Roundtable organized together with Wellcome Centre for Cultures and Environments of Health (Exeter) on “Dying Well: A Community-Based Perspective” from the Lancet Commission on The Value of Death led by Robin Durie (Exeter, Politics).

16 March – Sarah Khan (Exeter, Politics), On the “hermeneutics of the self” (selected text by Michel Foucault)