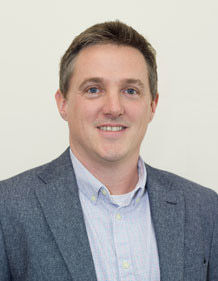 Anarchy Rules! Exeter researcher to speak at conference opened by President of Iceland

Alex Prichard will be visiting Reykjavik for three days from the 18 - 20 October for a series of talks and discussions on the relevance of anarchist theory to contemporary politics.

Alex Prichard, along with Ruth Kinna and Thomas Swann, from Loughborough University, will be speaking to left-wing activists and Pirate Party members about how anarchist organising can help re-think what constitutions can be and how they can support social change.

The researchers will also speak at a conference at Reykjavik University convened by Katrin Oddsdottir, CEO of the campaign group The Constitutional Society and Attorney to the District Court. The conference, held on the 20th of October, will be opened by the President of Iceland, Guðni Th. Jóhannesson.

The conference at Reykjavik University will include contributions from noted legal scholars Laurence Lessig (Harvard University) and David Carrillo (UC Berkley) and communications expert Arne Hintz (Cardiff University). The researchers from the UK will discuss the problems with modern politics, pointing towards solutions that can be found in radical ideas of constitutionalism and democracy, highlighting the role of social media in realising these.

Historically, anarchist politics has promoted values of participation and deliberation in democratic decision making and is committed to empowering people (especially marginalised groups and individuals) by adopting non-hierarchical, 'leaderless' principles.

The researchers, who are working on a larger project that explores anarchism and constitutional politics with radical left groups in the UK, aim to question how constitutions are used in mainstream politics. They will suggest that examples such as the Occupy movement of 2011 show how rules and constitutions play important and necessary roles in anarchist politics and in left-wing politics in general.

The research is funded by the Economic and Social Research Council as part of the Transformative Research scheme.

Ruth Kinna, the lead researcher on the project and Professor of Political Theory at Loughborough University, said: ‘Constitutions have typically been used to establish systems of domination through hierarchy, something anarchists are opposed to. But we believe that thinking about constitutional practices in new ways can help everyone interested in anarchist organising think creatively about rule-making.’

Alex Prichard, Senior Lecturer in International Relations at the University of Exeter, added: ‘Even anarchists who reject constitutions have rules. The criticisms anarchists have of how rules operate in mainstream politics are reasons to think about how the openness and flexibility of anarchist organising can be used to support egalitarian, libertarian and democratic principles.’

Thomas Swann, Research Associate at Loughborough University, said: ‘The questions raised by this research are particularly relevant in Iceland, where innovative crowd-sourcing methods have been experimented with in trying to write a new constitution. With the potential of success for the Pirate Party in the upcoming elections, new forms of participation and democracy are becoming increasingly important, and not just for Iceland.’

For more information on the research, see the project website: www.anarchyrules.info