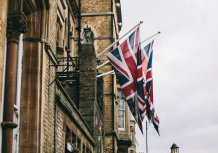 The tool will track how people's views align with UK Parties policies.

A new online tool helps people to see how closely their views match with policies of political parties around the UK.

Partymeter has been designed with the cooperation of 150 experts on political parties across the UK. By completing a survey on a range of issues people can see how closely their views align with the policies of the Conservatives, Labour, the Liberal Democrats and others.

It is hoped as many people as possible will now take part in the survey so academics can discover more about the connection between voters and political parties.

The recent local election results demonstrate the political landscape is shifting and it is hoped the tool will show experts more about how it has shifted.

The tool was produced by a team including University of Exeter academics as part of the Volkswagen funded PRECEDE and is similar to the party meters used in Netherlands and Hungarian elections, which have collected the views of over 2.8 million voters. The aim of the project is to show the extent of extreme political views in Europe and the UK.

Professor Susan Banducci, from the University of Exeter, said: “This tool will help people see how closely their views align to different political parties – it’s not easy to keep track of their different policies and people might be surprised about who their match is. The political space they imagine they are in may be different to the reality.

“The survey is designed to track people’s feelings on a wide range of issues and see – via results presented in an easy to read map – how close their views are to different parties. They may find a different result to what they had expected.”