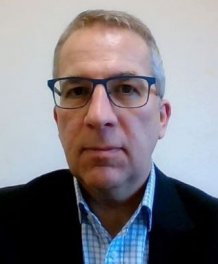 Professor Lewis has contributed to analysis and research on Russian foreign policy and UK policy towards Russia.

O.B.E for University of Exeter expert helping to develop the UK’s Russia policy

A University of Exeter expert has been awarded O.B.E for his work to help develop UK Government policy towards Eastern Europe and Russia.

Professor David Lewis, from the Department of Politics, is also a Senior Associate Fellow at the Royal United Services Institute (RUSI) in London. He was recently on secondment as an ESRC-AHRC Fellow at the Foreign, Commonwealth and Development Office, contributing to analysis and research on Russian foreign policy and UK policy towards Russia.

Professor Lewis teaches and researches international relations and peace and conflict studies and the politics of authoritarian states, with a regional focus on Russia, Central Asia and the Caucasus. His recent research has examined state responses to armed conflicts, including ‘illiberal’ forms of conflict management and stabilisation.

His research on Russia includes analysis of the role of ideology in Russian domestic politics and foreign policy and the influence of radical conservatism in Russian political thought and Russian geopolitical thinking, as well as Russia’s roles in armed conflicts, including the war in Ukraine.

Professor Lewis completed his PhD in the Department of Government at the London School of Economics, and subsequently worked in political risk analysis in the private sector. He worked for the Brussels-based think-tank, the International Crisis Group, in their research programmes in Central Asia and in South Asia. Before joining the University of Exeter in September 2013 he was Senior Lecturer in the Department of Peace Studies, University of Bradford.