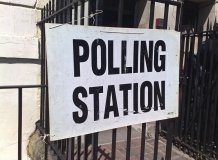 Researchers examined the careers of 521 former British special advisers who served from 1997 to 2017.

Researchers found special advisers go on to corporate lobbying and policy advocacy roles, but they do not register with either the official lobbying register, or the voluntary one. A minority became politicians while numbers going on to careers in public service have declined.

Daniel Orchard and Dr Athanassios Gouglas from the University of Exeter, and Heath Pickering, from KU Leuven, examined the first post-government career moves of 521 former British special advisers who served from 1997 to 2017.

Daniel Orchard said “Advisors land primarily in corporate lobbying roles and second in policy advocacy roles, lobbying on behalf of special interest organisations that influence government. The increasing trend of advisors moving to public affairs jobs which was apparent from the 1990s and early 2000s is now a dominant reality.

“A very small percentage end up in public service roles. By contrast, the popularity of businesses as the first choice for SpAds has by and large evaporated.”

A third of the former SpAds who took corporate lobbying jobs went on to work for nonregistered for-profit companies, the study, published in the British Journal of Politics and International Relations, says.

The data shows around 81 per cent of former special advisors remain in policy positions and 18 per cent move to other occupations. A total of 31 per cent had moved to corporate lobbying, 22 per cent in policy advocacy and 54 per cent were in some kind of ‘lobbying’ role after they leave government.

A fifth – 105 - entered politics but only 12 became MPs in the House of Commons and 5 in the devolved assemblies, while 25 became peers in the House of Lords and the remaining 63 landed in party roles.

The percentage of former SpAds who went on to public service roles has decreased by more than half in the past 30 years.

Heath Pickering said: “Our interpretation of this decrease is that public service has become less attractive in the course of the last decade given austerity measures and the growth of the lobbying sector.”

There are two lobbying registers in the UK - one voluntary (UKLR) and one mandatory since 2014 (ORCL).

In a post-2014 subset of the dataset researchers found no former SpAds registered with the ORCL and only two with the UKLR. They coded 89 as working in corporate lobbying and 32 in policy advocacy roles in the period 2014 to 2017.

The study says that former SpAds who have meetings with SpAds and top civil servants should be registered in the Office of the Registrar of Consultant Lobbyists (ORCL), which could be renamed as a lobbying and advocacy register. Additionally serving SpAds should be obliged to register all meetings with government outsiders in which public policy is being discussed.

Corporate lobbying was the biggest destination after leaving politics (163), the number going into politics had reduced by half (106) and had been relegated in third place as a career option. A total of 96 people went into non-policy professions and 39 into public service.