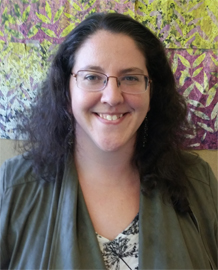 New research co-authored by Dr Lorien Jasny of Exeter’s Department of Politics shows that contentious climate politics continue to be influenced by the diffusion of scientific information inside echo chambers—social network structures in which individuals with the same viewpoint share information with each other. However the authors found that pre-existing echo chambers based on a binding international commitment to emission reductions had almost completely disappeared with new structures forming around one of the main components of the Obama Administration's national climate policy: the Clean Power Plan.

The research, conducted with PI Dana R. Fisher, Professor of Sociology at UMD and Director of the Program for Society and the Environment, was recently published online in a paper led by Lorien Jasny in the journal PLOS ONE, and builds upon previous work by the research team that determined how echo chambers work and how to measure them. The study was funded by the MacArthur Foundation as part of the larger Climate Constituencies Project.

To test for the presence and significance of echo chambers among members of the U.S. climate policy network, researchers utilized an exponential random graph model—used to analyze data about social and other networks. In the “echo,” two people who have the same outlook or opinion on a relevant issue share information, reinforcing what each already believes. In the “chamber,” individuals hear information originating from one initial source through multiple channels.

Fisher and the rest of the research team are currently examining how climate policy networks changed after the 2016 election once the Trump administration took office.

“Our results demonstrate that even when echo chambers are amplifying support for a particular climate policy, the President can stop progress, as the Trump administration did in the case of the Clean Power Plan,” Fisher said.

The full research article can be found here: https://journals.plos.org/plosone/article/authors?id=10.1371/journal.pone.0203463