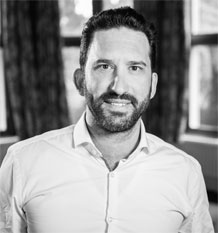 I am a political scientist who specializes in comparative politics, public policy and global governance. I am the founding director of the MSc Global Governance and member of three research centers in the Politics Department at Exeter: Public Policy and Governance Group, Centre for Elections, Media and Participation (CEMaP) and the Centre for European Studies (CES).

I mainly study elites in the executive triangle (ministers, political advisers, senior civil servants), as well as legislative elites in parliaments. I am particularly interested in political advisers and policy making and the way they affect the democracy-bureaucracy nexus. I am currently authoring a book with the provisional title 'Dark Masters? Political Advisers in Modern Democracies' to be published by Edward Elgar. I answer the question whether advisers are dark masters, or elements of responsive government. My other main area of research is legislative elite circulation (legislative turnover), its explanation and how it affects policy outcomes. Is our parliamentary elite frozen and what does this mean for policy innovation? Why do many emerging democracies suffer from legislative elite instability and what does this mean for their political development and the efforts of international donors to strengthen the capacity of parliaments around the world? I have been researching West European legislatures, the Australian parliament and since 2022 I have expanded to African legislatures aiming in the mid-term to cover also Asian and Latin American parliaments. Additionally, my secondary research interests include the study of policy advice and knowledge utilization by policy makers, as well as the study of scholarship and research with a focus on scientific impact and the policy advisory roles of political scientists.

My research is internationally comparative, or focusing on supranational and global governance institutions. I have conducted empirical work on Western Europe, Napoleonic administrative systems in Southern Europe, Greece, the European Union (European Commission and European Parliament) and Australia. I use both quantitative and qualitative methods. I have published in a series of journals, including the Journal of European Public Policy (JEPP), Public Administration, the European Journal of Political Research (EJPR), Politics and Party Politics.

I am a fully accredited academic professional and teacher. I am fellow of the Higher Education Academy in the UK, as well as a fellow of ASPIRE (Accrediting Staff Professionalism in Research Led-Education). I am also holder of the Exeter University Postgraduate Certificate in Academic Practice (PCAP) and a qualified adult trainer and instructor by the National Centre for Public Administration in Greece. I teach the core module for the MSc Global Governance at Exeter, where I combine global public policy and international relations approaches. I also teach two unique modules on political advisers and policy making in an internationally comparative perspective at both undergraduate and postgraduate level. I combine frontier research and applied politics approaches with an emphasis on political writing (policy briefs, opinion piece and political speech wirting). In the past I taught European politics at Exeter for which module in 2019 I was nominated by the Student Guild for a teaching award in the category innovative teaching. Outside Exeter, as holder of the Chair Andre Molitor at UC Louvain I taught a module on political advisers, whereas I have given guest talks at the KU Leuven Institute for Public Governance, where I am also a research fellow, the College of Public Policy at the Hamad Bin Khalifa University in Qatar and the National Kapodistrian University of Athens.

I am happy to supervise PhD students in any of the areas outlined under Research. Feel free to send me an email to explore further.

My research and research informed opinion has figured in numerous media and user organization outlets.

Gouglas, A. (2019). The fractionalisation of Parliament is a source of deadlock. Go to the people. The UK in a Changing World. Online https://ukandeu.ac.uk/the-fractionalisation-of-parliament-is-a-source-of-deadlock-go-to-the-people/

Gouglas, a. (2019). Like Greece, Brexit negotiations leave the UK a rule taker from the EU. The Conversation. Online https://theconversation.com/like-greece-brexit-negotiations-leave-the-uk-a-rule-taker-from-the-eu-109162?utm_source=twitter&utm_medium=twitterbutton

I joined the Politics Department at the University of Exeter in September 2018 and received tenure in February 2022. I am the founding director of the MSc Global Governance and member of three research groups in the Politics Department: Public Policy and Governance Group, Centre for European Studies (CES) and the Centre for Elections, Media and Participation (CEMaP) at Exeter.  I served as Director of Exams and Assessment from July 2019 to January 2022. During my term I received an Above and Beyond Award from my Head of Department for my role in the smooth transition of all politics exams online because of the pandemic.

I am currently external research fellow at KU Leuven, Belgium. I was André Molitor invited professor from March 2020 to December 2021 at PSAD, UC Louvain, Belgium.  I served as secretary to the Greek Politics Groups (GPSG) in the Political Science Association (PSA) UK from August 2019 to August 2021; In the period 2018-2020 I also served as Associate Director for International Partnerships for the International Comparative Policy Analysis Forum (ICPA) linked to the Journal of Comparative Policy Analysis: Research and Practice (JCPA).