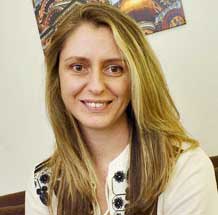 Dr Elena Gadjanova recently delivered an invited paper at the Centre for African Studies, University of Edinburgh, entitled: Pride, patronage, or policies? How election campaigns increase ethnic identification in Africa
Dr Gadjanova’s research used two survey experiments on the eve of the 2016 election in Ghana and the 2017 one in Kenya, which tested the types of appeal used in politicians’ rhetoric to ascertain their effects on ethnic identification and inter-ethnic trust. Rhetoric that invokes ethnic groups’ status anxieties and ethnic wedge issues increased respondents' ethnic identification and decreased inter-ethnic trust in both countries, while rhetoric based around expectations of patronage was linked to ethnicity in Kenya only. Common ethnic pride frames had no significant effect in either case.

More information on the talk can be found here.