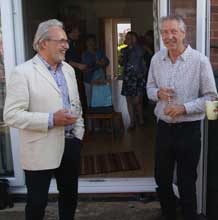 On Sunday 8 May, 2020, the Politics Department threw a party for two long-serving members of the Department taking retirement. Professor Iain Hampsher-Monk, a leading scholar in the History or Political Thought and Professor Mick Dumper, a leading scholar on the Middle East and the Palestinian question. Iain retired at the end of last academic year after a 50-year career, since almost the beginning of Politics at Exeter. Mick, who did his PhD at Exeter, joined the Department more than 30 years ago after being actively involved in peace efforts in the Middle East in a non-academic capacity.

At the party, there was much merriment and fun, but also some emotional moments. Although retiring, both Iain and Mick will remain a presence in the Department and the University.

Here a few words from them.

Thank you for a very enjoyable and special retirement party. It was really great to see so many colleagues again and to catch up after so long a hiatus of social contact – I almost felt like changing my mind…(..just kidding!). Thank you also for gift from the Department of the lovely ceramic pottery. This present is especially special. It already has pride of place in the “posh end” of our new kitchen where it can be seen very clearly. From September, when I will be having – I imagine - long lazy mornings, slowly sipping my coffee, leisurely leafing through the London Review of Books, I will look up at the pot glinting in the corner, and think of you all - and smile with nostalgia and affection. I will be around until September, seeing Dissertation and PhD students. I have office hours on Tuesdays. Post September, I also anticipate having some ongoing connection with the new Politics Plus department. I will be continuing my research and work on the Palestinian-Israeli conflict, packaged differently, and I am not planning to move out of the area. So, you may come across me on the tennis courts or one of the coffee shops in town.

Take care and I will see you around.”

“Dear friends, colleagues and students past and present. After 50 years (with a couple of breaks) at Exeter, I am finally retiring. It has been an extraordinary time in which to teach political theory. During my academic career Political theory has been variously declared: ‘dead’, Marxist, Rawlsian, Neo-liberal, Continental and ‘at an end’. Politics itself has reflected many of these epithets but as I write, and despite certain (over?) confident predictions, neither theory nor history itself show any sign of coming to an end. Despite coming off the payroll, I will keep trying to be a political theorist, still edit History of Political Thought, and hope to see many of you and ask awkward questions at seminars and conferences in future”. 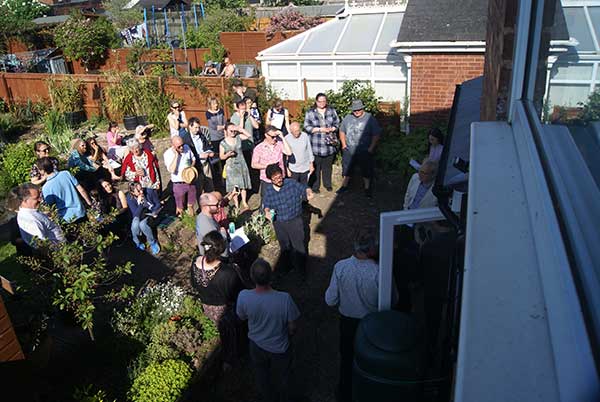