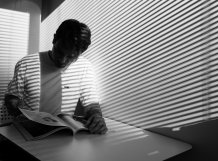 "Propoganda is used to encourage jihad but it serves a much bigger purpose and humour is a key part", Dr Mehran says.

The study shows Al-Qaeda, the Taliban, and Tahrik-e Taliban Pakistan (TTP) use humour in a similar way, using situational comedy, while humour in Islamic State (IS) magazines is dehumanising and mocking.

Academics examined 82 jihadi magazines published in English. They found Al-Qaeda and the Taliban in particular use mockery and parody to galvanise the curious by placing emphasis on an “us versus them” mentality. This usually includes aggressive imagery of people or countries as animals.

The research, published in the journal Behavioral Sciences of Terrorism and Political Aggression, was carried out by Dr Weeda Mehran from the University of Exeter and her MA students Megan Byrne, Ella Gibbs-Pearce, Archie Macfarlane, Jacob Minihane and Amy Ranger.

Dr Mehran said: “Propoganda is used to encourage jihad but it serves a much bigger purpose and humour is a key part. We found the use of three different types of humour – de-humanising, sarcastic/and situational. ISIS was more likely to use dehumanising humour – portraying rivals as robots or animals and mocking them. This sets them apart from other groups who are more likely to use sarcasm and irony.

“Situational humour is used strategically to enrich narratives of past events and develop a religious rationale for conducting jihad, as well as motivating individuals to carry out their own operations. This humour emphasises the comradery and brotherhood of carrying out ‘istishhadi’ missions and depict perilous and dangerous operations & efforts as peaceful, even joyful.

“Jihadi media strategy uses situational humour to create solidarity – these are in-jokes often-only understood by those who understand the jihadi ideology and political outlook so it helps create a shared identity. Shared humour creates an environment that fosters internal cohesion and creates social bonding.”

The study says the regularity of dehumanising humour in ISIS’s magazines reflects their overall aggressive and uncompromising stance on outsiders and opponents.