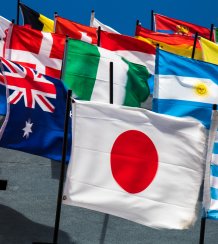 The different personalities of global leaders have influenced their reaction to the coronavirus pandemic, a new study shows.

Academics have used text analysis to infer the “big five” personality traits - openness to experience, conscientiousness, extraversion, agreeableness, and neuroticism or emotional stability – of each leader based on their speeches and statements.

The study indicates having higher levels of neuroticism, that is, a trait associated with the experience of emotions such as sadness or anxiety, could make a leader more risk averse and indecisive, and this could hinder and slow the introduction of policies. Being more conscientious may have led leaders to be quicker to introduce protective – but not more stringent – policies.

Researchers found no clear evidence that individual personality traits predicted the speed of a leader’s response to the pandemic.

The study, published in the Journal of Elections, Public Opinion & Parties, was conducted by Professor Dan Stevens, Dr Laszlo Horvath and Lauren Brown from the University of Exeter. .

Researchers selected 26 leaders in May 2020, from Australia, Austria, Canada, Chile, Colombia, Denmark, France, Germany, Greece, Hungary, India, Ireland, Italy, Japan, Luxembourg, Mexico, the Netherlands, New Zealand, Norway, Peru, Scotland, South Africa, South Korea, Spain, UK, and the USA. They captured their rhetoric through comments and language from press conferences, speeches and statements, interviews, forums with the public, or parliamentary questions, and compared this to the scale of severity of policies introduced to combat the pandemic.

They found most leaders had the personality trait of being more open and conscientious than other people in common, but there were differences in extraversion, neuroticism and agreeableness. On a range of personality traits, however, Donald Trump was an outlier. There was relatively small variation in leadership traits across the other leaders, making more nuanced analysis across gender or partisanship difficult.

Professor Stevens said: “The terrible events of the past year offer unique potential to examine the psychology and effects of leadership. The crisis has been worldwide, allowing us to make global comparisons. Leaders have generally felt compelled to talk about the crisis regularly, providing a large amount of rhetoric from different people on the same issue at the same time.

“We wanted to examine the extent to which the stringency and the speed of a country’s policy responses to a crisis are associated with the personality traits of its leader. We found – across different countries – who we elect has an effect on policy responses independent of constraints such as party.”

Dr Horvath said: “Even though Covid-19 has presented leaders with essentially identical repertoires of potential policy responses, we found their stringency and speed of response has been influenced by more factors such as the political party they belong to.

“This shows who we elect, even in a situation where different countries face a similar crisis, can have an impact on the response.”