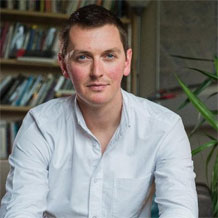 Along with co-investigator Victoria Basham (Cardiff), Owen Thomas has been awarded a British Academy Small Grant, entitled A Tale of Two Cities? Elite and Everyday Narratives of Security and Responsibility in the Grenfell and London Bridge killings.

In June 2017, the London Bridge terrorist attack and the Grenfell Tower fire caused death in Britain’s capital city. Yet while London Bridge was quickly understood as a security threat, the reasons for the Grenfell killings remain contested. This research investigates how the ‘modes’ of knowledge used to understand these events can affect visibility and accountability-seeking for mass deaths.

First, we investigate the truth claims made by elites, print media and social media users in the immediate aftermath of the killings. Second, we develop a conceptual framework that analyses how these claims are underpinned by modes of ‘factual, ‘personal’ and ‘social’ knowledge. Finally, we use this analysis to show why some killings are politically salient as ‘security’ problems for which the state has a prepared response, while other killings lack such a coherent political narrative. This may have the effect of depoliticising some social, political and economic causes of death.